All Collections
Help Center (English Version)
Using Glossika: Learning Modes & Features
[Typing] I'm a complete beginner and I don't know how to type in my language. What should I do?

[Typing] I'm a complete beginner and I don't know how to type in my language. What should I do?

That's alright; we've got you covered.

Don't worry, we've implemented some workarounds to help you get started.

Many languages (such as Arabic, Russian, Chinese, Korean, or Japanese) are written with a script other than the Latin alphabet. We understand that becoming comfortable with these scripts involves an initial learning curve.

To help ease you through that learning curve, all languages that are written in a script other than the Latin alphabet come with pronunciation "hints": 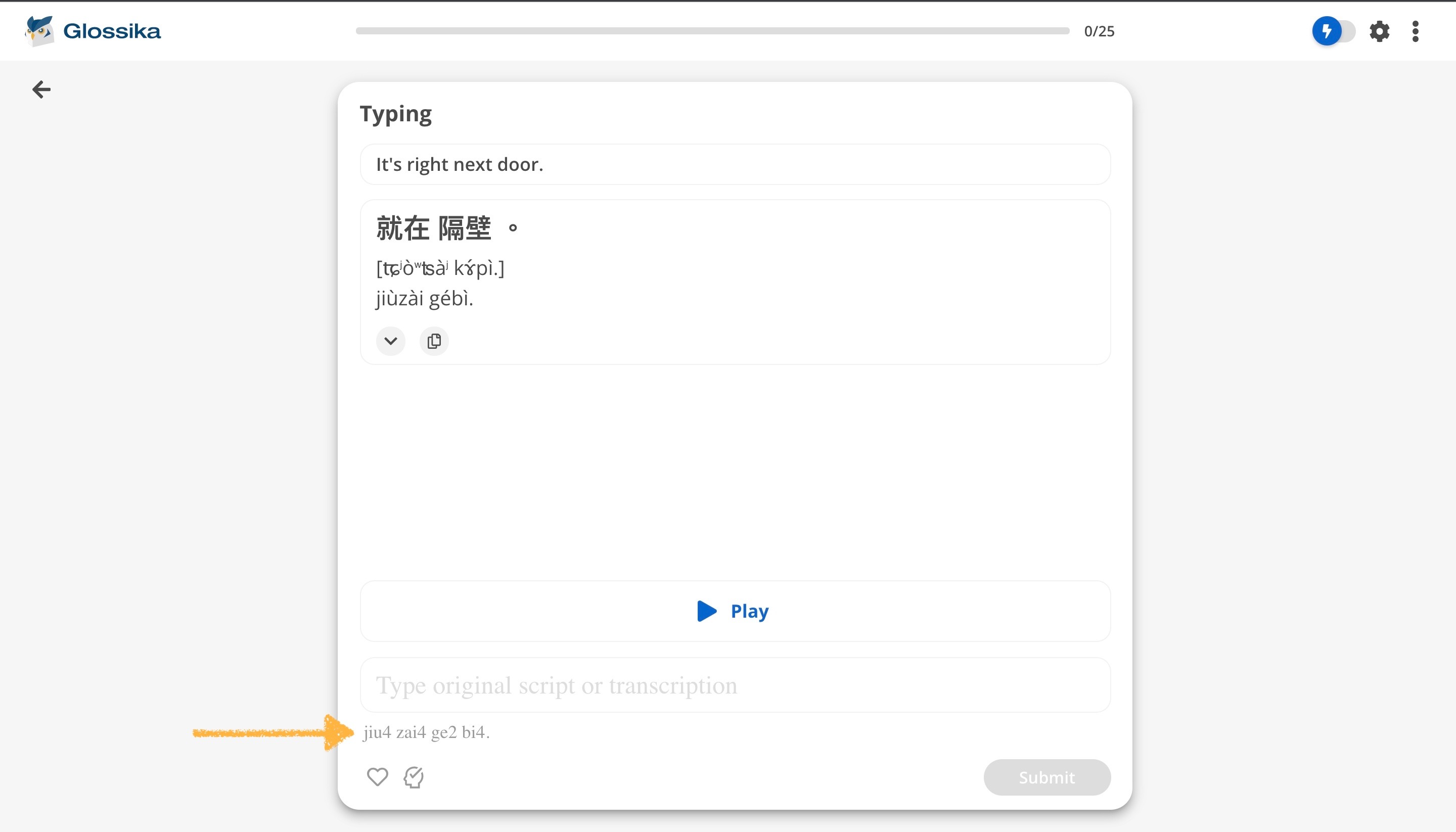 Hints serve to give you a rough idea of how a given word should be pronounced.

When you are typing out your answers, you can choose to either input the actual language script (such as Hangul) or to instead input a romanized version of that script (as we do with hints.) Both will be treated as correct answers.

Note: Hints are only available in typing/recall practice during the full-training mode, as these are the only modes in which you need to input answers.

If you have a keyboard that can input these characters, great! But if not, that's OK, too. Whenever you see a character with diacritics (such as á â à ä) in Glossika, you can simply input the base letter (in this case: a) and we will accept it as a correct answer, too.