What is the "skills" tree?

An overview of the language skills you'll learn on Glossika.

''The Skill Tree'' lists the skills and example sentences for the fourteen types of skills you're about to learn on Glossika.

When you've completed the sequence of specific sentences, the icon of the skill tree will turn from gray to different colors. Simply click the icon, and you'll get more details about the skill you've learned with. 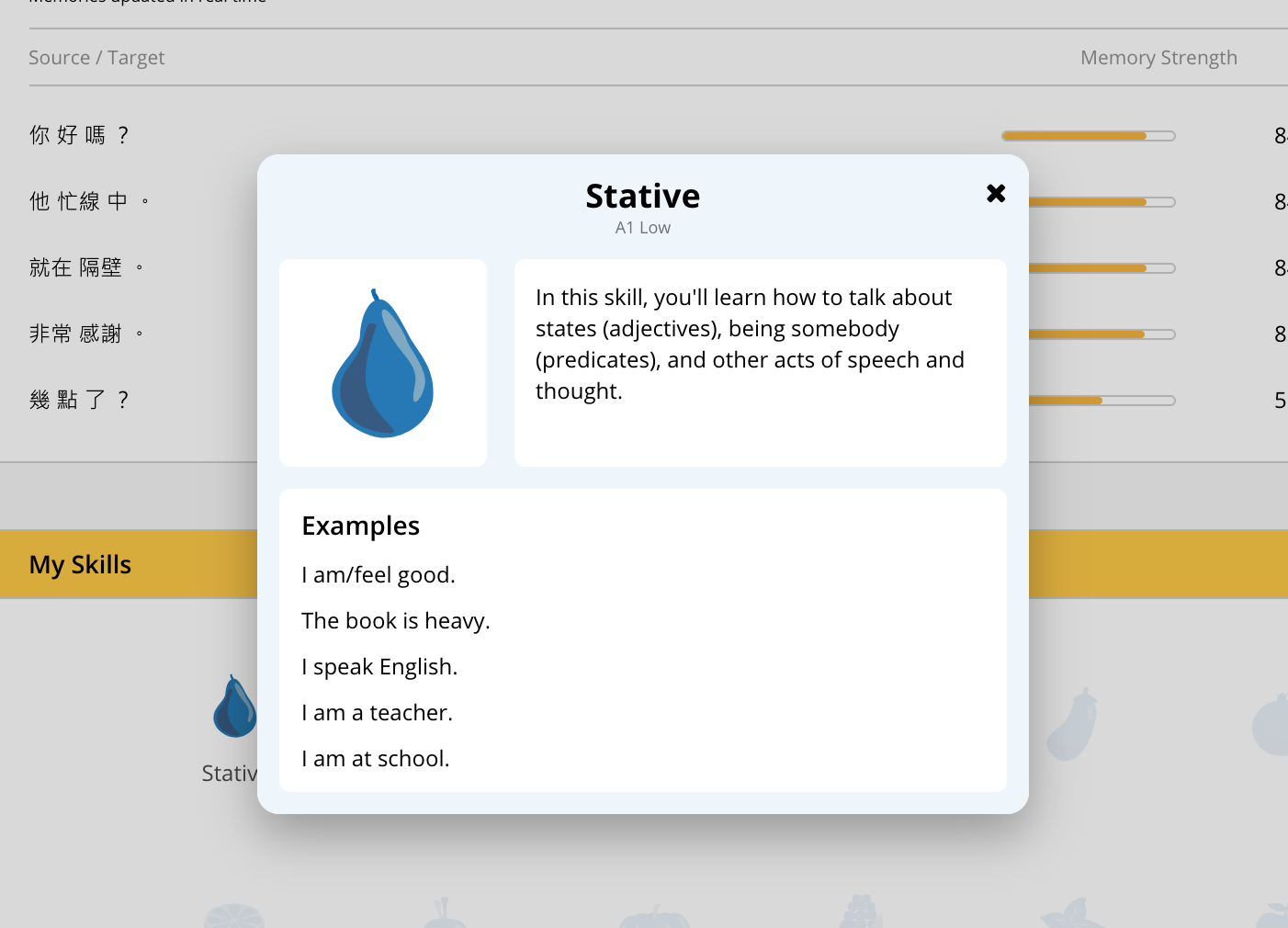 In this skill, you'll learn how to talk about states (adjectives), being something (predicates), and expressing other acts of speech and thought. Examples:

In this skill, you'll learn how to say that something exists and to show possession. Examples:

This skill covers how to discuss movement to or from a location.

This skill includes a large number of verbs that change the state of an object. Causative verbs also act upon or request other people to do (or become) something.

This skill includes verbs of motion and other actions.

This skill covers how to discuss quantities and amounts.

Now let's take everything you've learned so far and practice how to say them in the negative!

With this skill, you'll learn to use the potential mood to discuss whether something is possible and/or likely to occur. You'll learn phrases like:

Here, you'll learn to communicate more nuanced notions of time and to compare the time between events. You'll learn phrases like:

With this skill, you'll add additional arguments to verbs — potentially whole clauses. Arguments help to flesh out the meaning of a verb in particular sentence and include things like subjects (who does an action), direct objects (what receives the verbs action), and indirect objects (to or for whom an action is done.)

In this skill, you'll learn to communicate more nuanced causative ideas, such as attempts to do/avoid doing something.

In this skill, you'll learn to express more nuances of time, such as communicating that you've had an experience or clarifying the starting and stopping points of an action.

In this skill, you'll learn various nuances of evidentiality:

Many actions are done for a reason, or perhaps in spite of one. You'll learn about that sort of stuff here. These generally tend to be longer sentences, and include things like: