All Collections
Help Center (English Version)
Using Glossika: Learning Modes & Features
[Typing] How does typing help me speak better? What's the best way to do it?

[Typing] How does typing help me speak better? What's the best way to do it?

Try to connect the sound of a language to its letters.

How does typing help me to speak better?

In typing practice, learners are required to type out the items or sentences they are learning.

Typing helps you to learn because it forces you to consciously and accurately identify every single part of the sentence at hand. This intentional awareness will help you to commit grammatical patterns to memory and, ultimately, to learn and speak better. 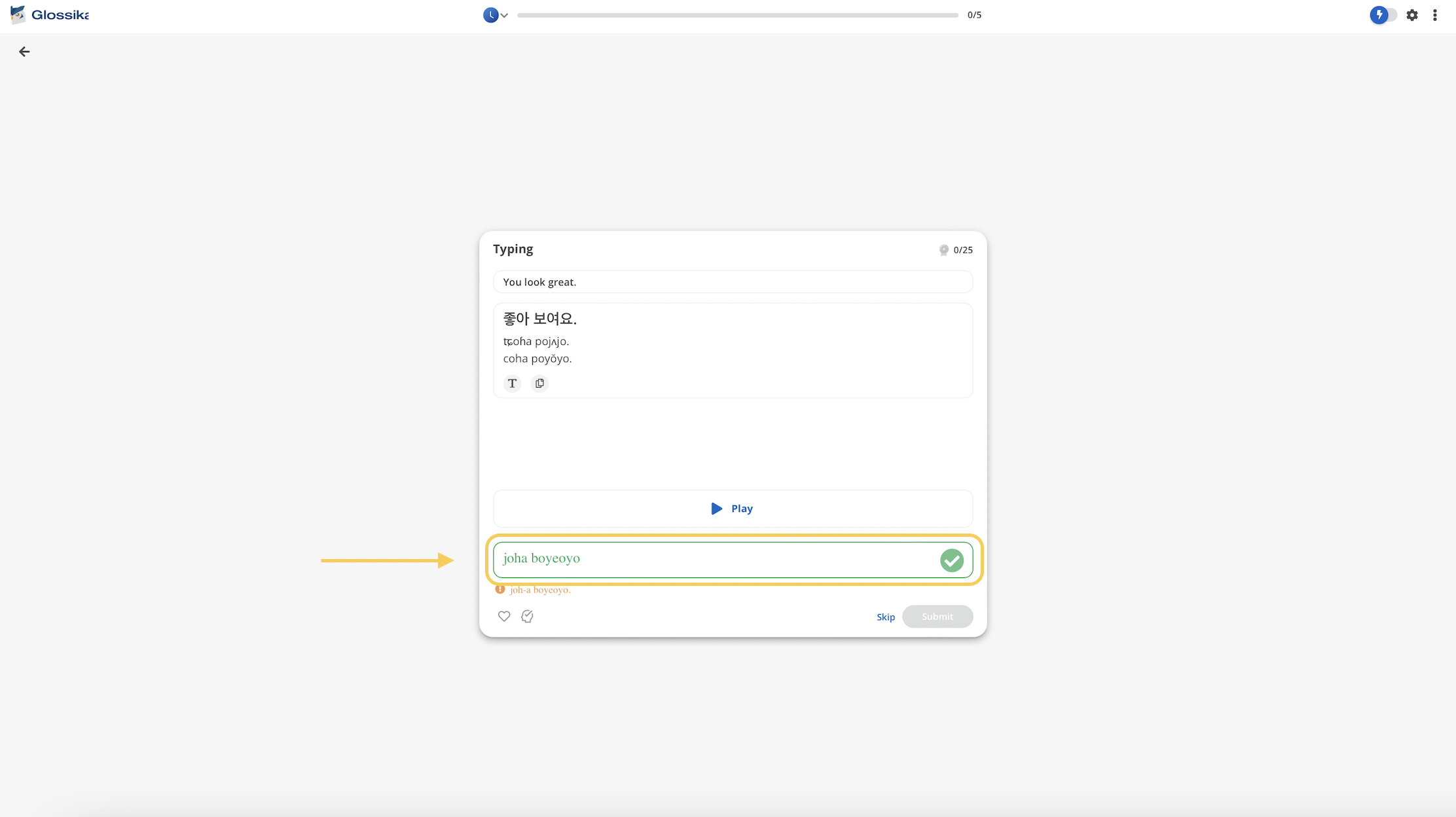 For example, if you're a native English speaker, you probably associate the letter J with the sound that appears in the word jump. This existing knowledge will cause a bit of interference when you move to another language — J doesn't sound that way in Spanish! But as you type out words like juego or jalapeño, you'll gradually begin to associate that breathy H sound with the letter J.

How can I get the most out of Glossika's typing exercises?

Try not to simply look at the pronunciation hint and type it out verbatim. While that might be necessary as an absolute beginner, it quickly becomes a mindless activity that doesn't benefit you at all. Instead:

Remember that your goal here is bigger than simply learning to type in your target language: you want to connect the sounds of this language to its letters/symbols/characters and figure out how one sound connects to another. Try to get the most out of each rep!